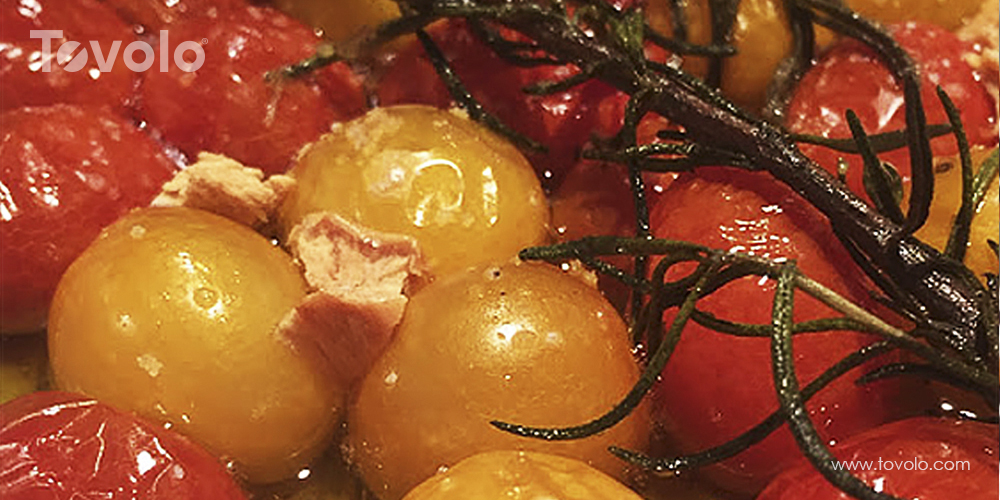 These are a staple in my house.  Confit tomatoes are an easy addition to almost any dish and they turn even the most mundane into something special.  Confit simply means slowly roasted to preserve.  These tomatoes cook for three hours but on low heat.  I often make them after I prep dinner and then pop them into the oven as I sit down to eat. That way they are ready to take out of the oven before I go to bed.  Bonus:  your whole house will smell like a Tuscan grandmother’s on a Sunday afternoon.  That’s a really good thing!

They store really well for about a week in the refrigerator.  I use the oil to flavor other dishes and the tomatoes on a grilled steak is just about the best thing ever.

The tomatoes cook for a long time but because of the low heat, they hold their color and shape. They kind of burst in your mouth like you are deflating a balloon.  The low heat intensifies the tomato flavor as well as the garlic and fresh herbs infuse into the tomatoes making them full of roasted, mellow garlic goodness.  Great all times of year!  Tonight I am having them on spaghetti squash with wilted spinach.  I can’t wait to finish typing so I can get to it!

The recipe is Tom Douglas’.  I used to be OBSESSED with him.  I have a thing for self-taught chefs that celebrate local ingredients.  I met him at a food show about 10 years ago and turned into a giddy school girl – it amazes me what a dork I can be.  I would be unfazed by Brad Pitt (bad example) but I am totally stupid in front of talented chefs.

The recipe is adapted from Tom’s Big Dinners.
I use what’s in season for herbs and have used heirloom tomatoes – use the recipe as a guideline and make them your own.  Tomatoes and this recipe are very forgiving. 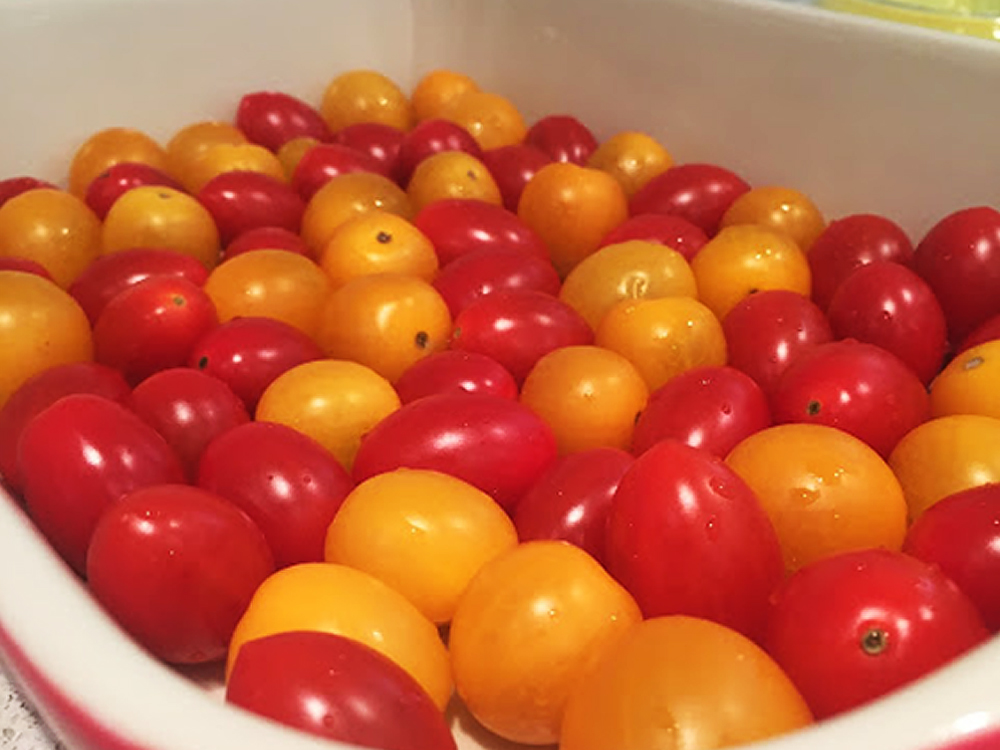 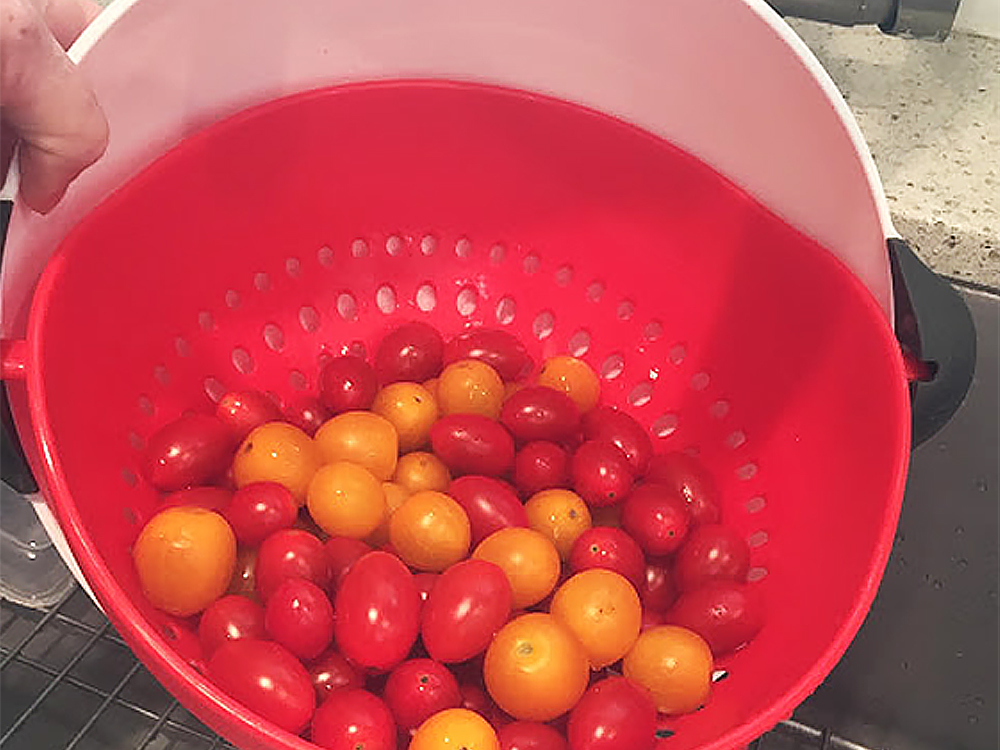 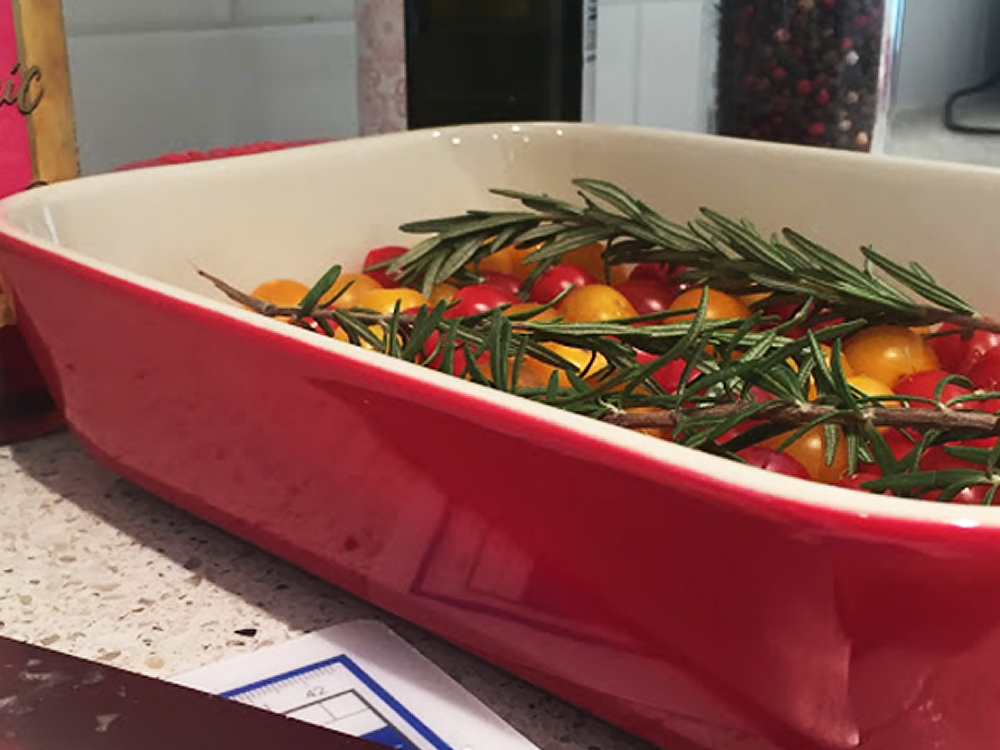 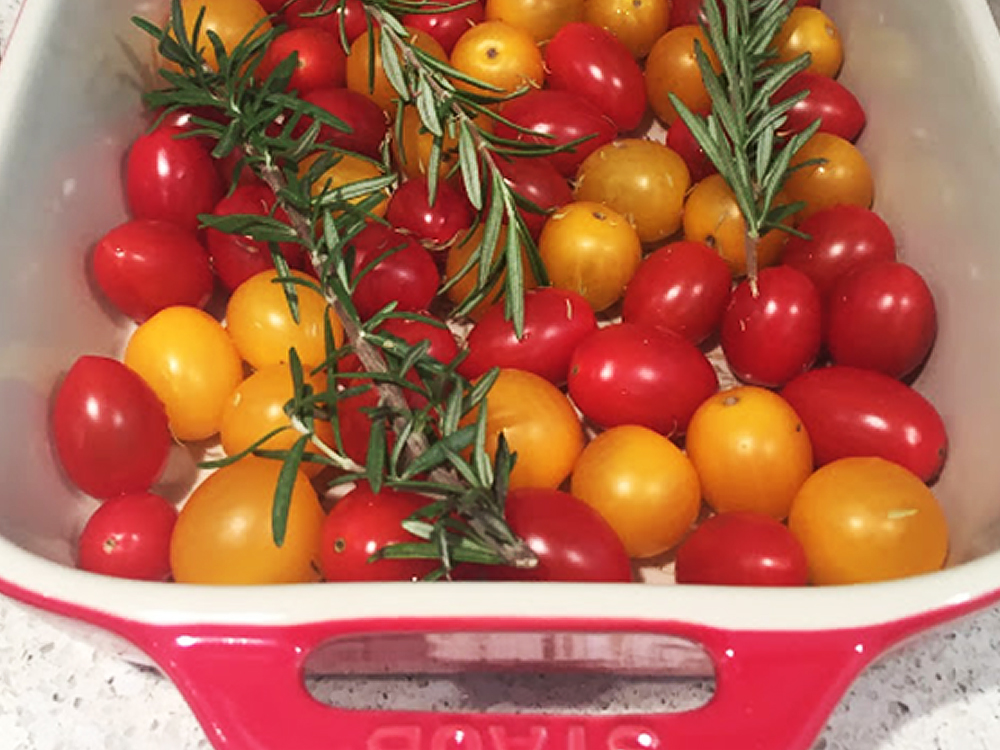 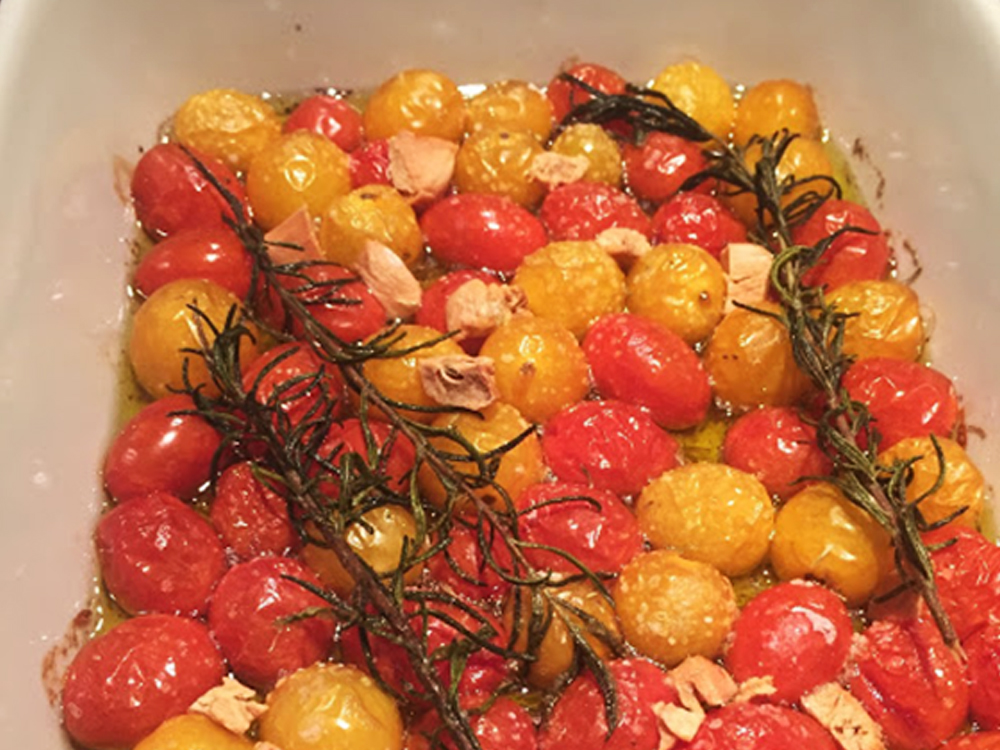 Rinse tomatoes – I use the Tovolo® Soak & Strain.

Line the cherry tomatoes in a single layer in a roasting pan.

Add all other ingredients over the tomatoes and bake in the oven for 3 hours or until the skins of the tomatoes are wrinkled but they still have their shape.

Remove sprigs of herbs and discard them.

Serve tomatoes immediately over everything!

Keep the unused portion with the oil in an airtight container in the refrigerator. To use, bring to room temperature or heat in a skillet until oil is liquid.

*they get better the second and third day as all the flavors get cozy with one another.  I love to use really coarse sea salt with them for a little crunch.

At Tovolo, we believe time spent cooking should be fun, and we are honored to be a part of this experience in your home.